By now you have probably seen John Oliver’s comic take on the pharmaceutical industry’s influence on doctors’ prescribing habits. Media outlets from Mother Jones to the Wall Street Journal commented admiringly, and even the American Medical Association felt compelled to declare they were “committed to transparency” around drug company payments to doctors.

But satire will do very little to focus on the real problem if we’re distracted by the humor inherent in self-important doctors being bought off by a steak. What’s not funny is that America is the most medicated nation on earth, with some 70 percent of Americans taking prescription drugs—yet we have worse health outcomes than other industrialized countries. Part of the problem may be the drugs themselves. As Slate’s devastating expose on the fraud in clinical drug trials shows us: We don’t know much about the drugs we prescribe.

But as physicians, we have very little good information to go on. Even our most prestigious journals publish research based on falsified studies, according to Charles Seife, a journalism professor whose class spent a semester trying to figure out why the data don’t get corrected once research fraud comes to light.  “As a result,” Seife writes, “nobody ever finds out which data is bogus, which experiments are tainted, and which drugs might be on the market under false pretenses.”

If no one knows which data is bogus, we obviously have a big problem in conventional medicine.  Perhaps we shouldn’t be so focused on marketing shenanigans, and more concerned about the original study data before something becomes standard of care. Standard of care, of course, is driven by “research” that is incorporated into academic guidelines and is the basis of customer demand.

Understanding consumer demand takes very little study—just turn on the TV. Every year pharmaceutical companies spend over $3 billion on direct-to-consumer ads. These ads work: a patient who requests a specific drug will get it most of the time. (We are, by the way, the only country besides New Zealand that allows this.) But the question of how something becomes part of a recommended guideline is less obvious—and has a lot to do with pharmaceutical money paid to academic physicians in research and consulting fees.

Many of these physicians “leaders” then get to influence prescribing practices—since researchers and consultants are, well, experts. Consider the 2004 Cholesterol guidelines that resulted in an explosion in the use of statin drugs—eight out of nine of the doctors who wrote those guidelines were in receipt of money from statin manufacturers. The Harvard psychiatrist credited with hyping the use of stimulant drugs for ADHD—that has resulted in nearly 15 percent of our youth being medicated—received $1.6 million from producers of stimulant drugs. Prestigious medical journals—the ones that often define medical guidelines—allow physicians consulting for pharmaceutical companies or paid medical writers to extol the virtues of the drugs they are selling.

I hate to ruin the fun, but practicing physicians are influenced far more by guidelines, esteemed academic physicians, and opinion pieces in prestigious journals than we are by a deli platter and a smiling drug rep. We look to the world of academic medicine because, well, where else can we turn? Pharmaceutical companies know this and have worked hard to sway the leadership. Now the question comes up if we can trust the data that the leadership relies on. One wonders how deep the deception goes. In fact, the heavy influence of pharmaceutical dollars inspired the former editor-in-chief of the New England Journal of Medicine, Dr. Marcia Angell, to conclude, “It is simply no longer possible to believe much of the clinical research that is published, or to rely on the judgment of trusted physicians or authoritative medical guidelines.”

That’s why so many practicing physicians and patients alike were relieved that Obamacare would force pharmaceutical companies to come clean about how much money they’re throwing at some doctors.  Sure, it’s fun to ridicule a middle-aged doctor ogling the drug rep’s cleavage while stuffing pens in his pocket or wolfing down a falafel sandwich—but this guy isn’t really the problem and everybody knows it. While $90 million went to drug-company sponsored meals in 2013, according to the Open Payments database, at least $1.4 Billion went to research.  If we can believe that doctors can be bought with a slice of pizza pie, then we cannot underrate the influence of research monies.

And by the way, that $1.4 billion is probably a fraction of what is spent on researchers. Obamacare allows a four-year delay in the reporting of research grants for reasons that really don’t make any sense. An explanation from Medscape does little to satisfy: “The thinking is that if there were public transparency, it might stifle companies from getting involved in very early research…. And that’s again to specifically protect that research space.”

Whether or not the research space needs protecting is a matter of debate. Certainly we have so much research that it’s impossible for a working physician to get through it—some 800,000 articles are published annually. In response, the Cochrane Collaboration was formed in the 1990s to perform systematic reviews of the literature. Dr. Peter Gotzsche, the Director of the Nordic Cochrane Center in Copenhagen, has seen enough over the last two decades to sum up his findings in a book whose title says it all: Deadly Medicines and Organised Crime: How Big Pharma has Corrupted Healthcare.

“Much of what the drug industry does fulfills the criteria for organized crime in US law,” Dr. Gotzsche said in a recent interview. “And they behave in many ways like the mafia does, they corrupt everyone they can corrupt, they have bought every type of person, even including ministers of health in some countries…The drug industry buys the professors first, then chiefs of departments, then other chief physicians and so on, they don’t buy junior doctors.”

Gotzsche isn’t the only one accusing pharmaceutical companies of wrongdoing beyond the marketing malfeasance they’re famous for. In Australia, during the Vioxx class action suit brought against Merck, company emails were released revealing that Merck employees planned to “neutralize” and “discredit” doctors who criticized the drug. “We may need to seek them out and destroy them where they live,” a Merck employee wrote, according to The Australian. Apparently, uncooperative physicians were targeted to lose academic appointments and research funding for telling the truth about the negative side effects they observed. 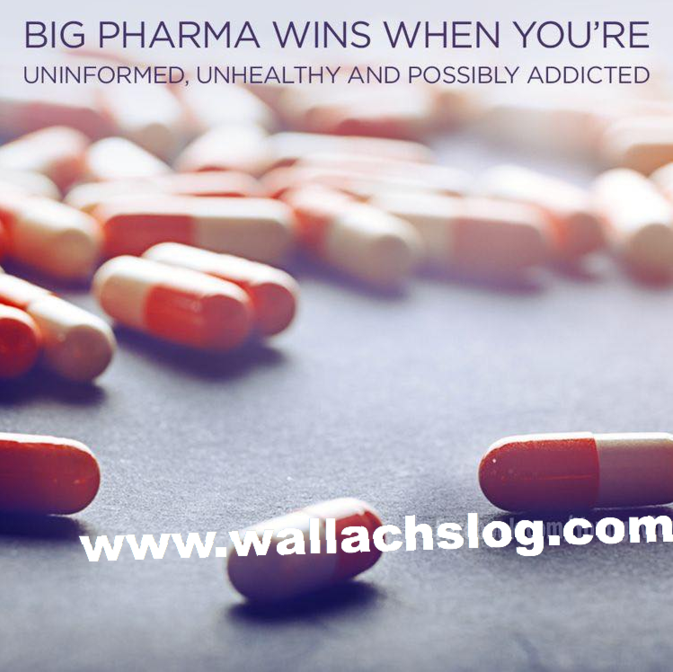 Learn How To Stay Healthy Longer