As executives discuss results with investors and analysts, events in Washington have faded into the background. S&P 500 companies that mentioned President Donald Trump or his administration during their latest conference calls are down by a third compared with three months ago, according to an analysis by research firm Sentieo.

The market has also largely stopped reacting to blow-by-blow developments in Washington, despite uncertainty over the size, shape and timing of any tax and infrastructure initiatives, said Quincy Krosby, chief market strategist with Prudential Financial Inc.

Last week, congressional Republicans and the Trump administration outlined some plans for tax changes to cut individual and corporate tax rates “as much as possible” with a timeline to advance legislation this fall. Many specifics aren’t yet known. President Trump has also promised to put $1 trillion toward infrastructure, likely from a mix of private and public funding, although details remain unclear.

Corning Inc. CEO Wendell Weeks, who was at the White House this month to announce new U.S. investment and hiring, told analysts last week that he still expects Congress to overhaul the tax code—eventually.

“What I am much less confident about is how the political math works in any given year,” Mr. Weeks said. “So I think calling timing on that one is above my pay grade.”

Honeywell International Inc. CEO Darius Adamczyk earlier this month said he hoped lawmakers would advance plans for revamping the tax code as soon as the current quarter. Still, he isn’t counting on it.

On an investor call earlier this month, James Dimon, chief executive officer of J.P. Morgan Chase & Co. said: “We’ve been growing at 1.5% to 2% in spite of stupidity and political gridlock because the American business sector is powerful and strong and is going to grow regardless.” Mr. Dimon has made several comments about the need for bipartisan policy revamps.

The White House didn’t respond to a request for comment

On Friday, the Commerce Department reported that gross domestic product rose at a 2.6% rate in the second quarter, up from 1.2% in the first quarter.

Executives say even rapid progress on a tax rewrite or an infrastructure bill is unlikely to help improve profits soon.

“We’re halfway through the year, and they haven’t done [tax overhaul],” Christopher Nassetta, CEO of Hilton Worldwide HoldingsInc. said last week. “We’re not going to have enough time for it to trickle through and really benefit this year.” 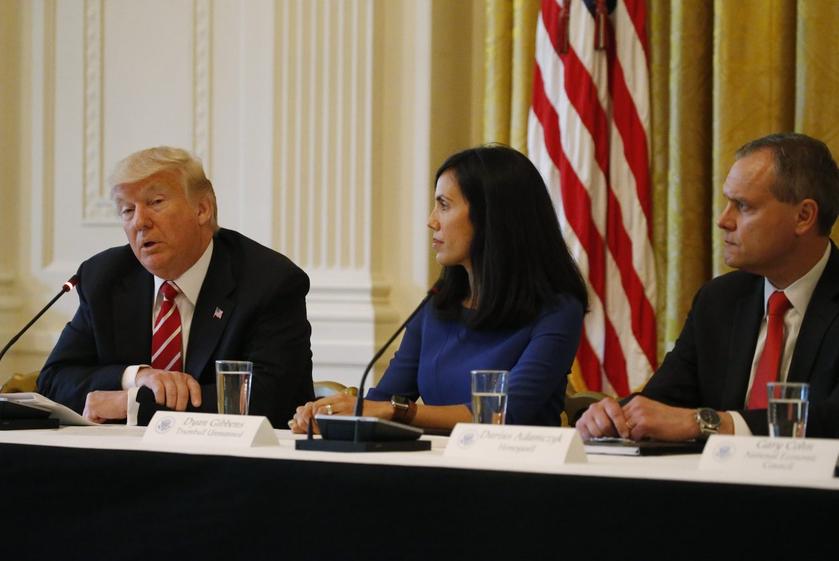 America’s largest companies are on pace to post two consecutive quarters of double-digit profit growth for the first time since 2011, helped by years of cost-cutting, a weaker dollar and stronger consumer spending.

Earnings at S&P 500 companies are expected to rise 11% in the second quarter, according to data from Thomson Reuters, following a 15% increase in the first quarter. Close to 60% of the firms in the index have reported second-quarter results so far.

Corporate America’s strong earnings performance comes as several policy initiatives that were expected to help boost companies’ bottom line—corporate-tax cuts and increased government spending on infrastructure—have been sidetracked amid political infighting in Washington, D.C., which culminated with the recent failure of the health-law bill.

Even as activity inside the Beltway bogged down, the markets have been on an almost nonstop rally since the election. The S&P 500 is up 16% since early November and 10% this year.

The second-quarter profit gains are spread across industries from Wall Street banks to Detroit’s car factories to Silicon Valley’s software labs. Earnings are expected to decline only in the utilities sector, according to data from Thomson Reuters. ​

Several factors are at work, analysts and economists say. A weaker dollar has made it easier to sell U.S.-made goods overseas and has kept borrowing costs low. U.S. wages have improved enough to help bolster consumer spending without raising employer labor costs so much to dent the bottom line.

Companies also continue to reap the fruits of their recent zeal for cutting costs, Mr. Probyn said. “We underestimated some of the cost-cutting and restructuring that has gone on within the various industries; that has permitted earnings to keep doing well.”

Sales, too, rose in the quarter, by an expected 5%, the second-biggest increase in more than five years, according to data from Thomson Reuters. The figures reflect actual results for about half the S&P 500 index, and analysts’ estimates for those that had yet to report results as of Friday. 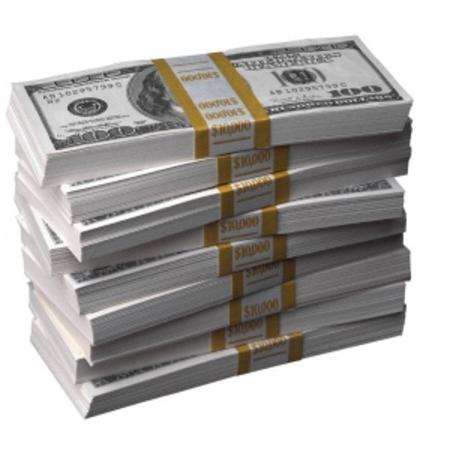 “I think there’s more uncertainty in that now than maybe even before, so I can’t let that sort of rule the business,” Mr. Adamczyk said.

Companies are reporting solid cash flow, but capital spending has been weak until recently. Uncertainty over tax policy may exacerbate that reluctance to invest, Mr. Aguilar said. “Tax reform is clearly what the future may require for these numbers to continue on the same pace.”

“But an awful lot of this requires legislation, and we need an administration that is focused, that is working with Congress,” he said in a conference call. “And we need a Congress that comes together to address these issues of our country.”